We recently caught up with one of our patients, Vinny. Vinny is a pleasant, 70 year old man who had been diagnosed with severe bilateral knee arthritis. He had daily, constant pain in his knees that prevented him from performing his daily activities and limited his exercise capacity. When asked, Vinny rated his knee pain as a throbbing and constant 8 on a 1-10 scale. He relied on Tylenol or other over the counter pain relievers to mitigate his pain when he needed to be especially active.

Vinny was ready to schedule his bilateral total knee replacements, but Dr. Eichten recommended that he first try Lipogems injections.

Lipogems is a 90 minute, in-office procedure, performed by Dr. Eichten that takes advantage of the healing microenvironment that is found in our fat tissue. Lipogems utilizes this microenvironment to reverse arthritis damage by activating a healing response that restores a healthy environment to your joints.

A few days ago, Vinny had a visit with Dr. Eichten to discuss his progress in the 6 weeks since the Lipogems injections. As he sat in our office, he rated his pain a ZERO on a 1-10 scale! He tells us that overall, he is much better and feels that his knees are moving more freely. He has returned to swimming 3 times a week consistently.

While he still notes occasional stiffness after increased activity, it is nothing compared to his pre-procedure pain. He is not taking any medications for pain at this point in time. Vinny’s positive results mirror those found in a recent study involving mesenchymal stem cells. These stem cells are similar to those harvested in the Lipogems procedure. This study had promising results for patients hoping to avoid joint replacement surgery. We encourage you or anyone suffering from arthritis to consider Lipogems injections as an additional treatment option. 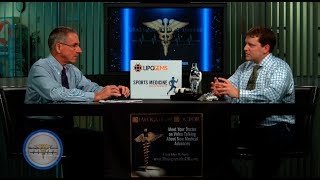 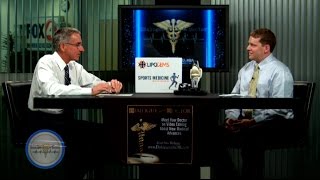 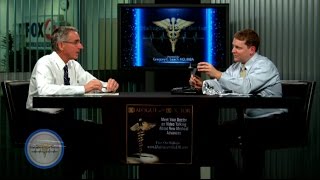 Are you a candidate for partial knee replacement?

Tips for a Safe and Happy Holiday

Are you a candidate for partial knee replacement?

Can I Have my Total Joint Replacement Procedure as an Outpatient?